Équité Association joins forces with Crime Stoppers to protect Canadians from insurance crime – this partnership is a first of its kind! 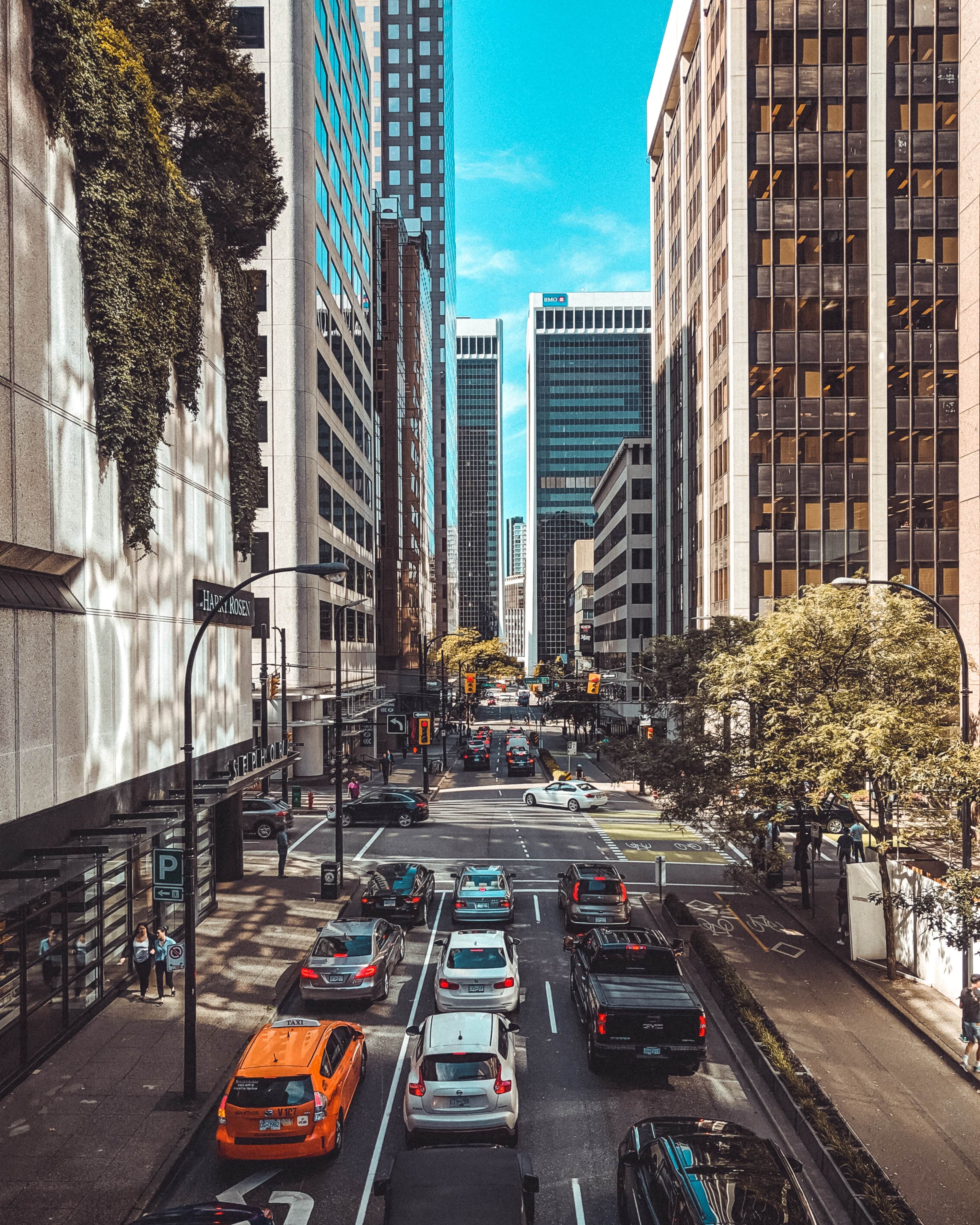 Our members are made up of leading insurance providers in property and casualty, working hand-in-hand to protect Canadians from insurance fraud. 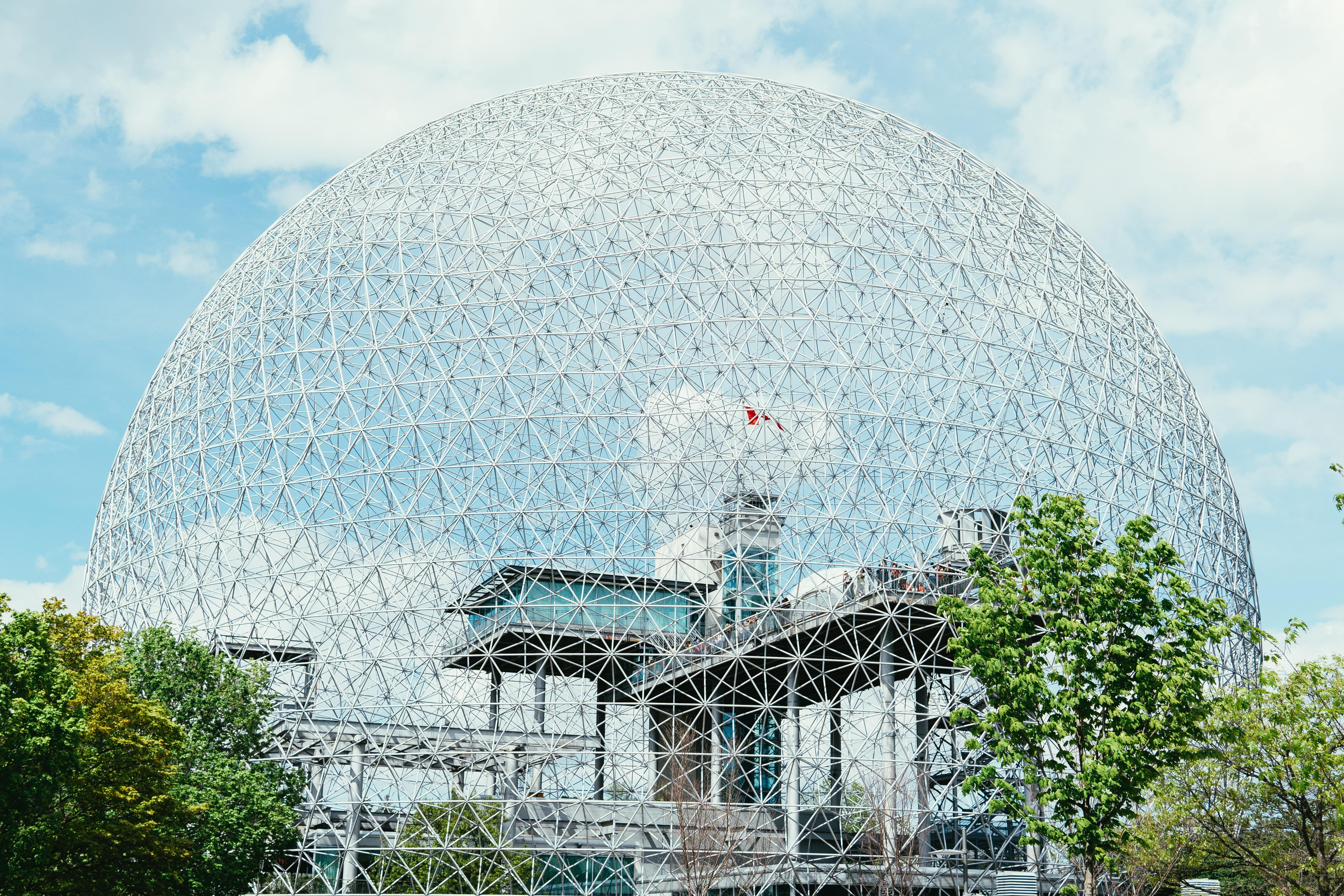 Together, we will accomplish change

Our membership – representing the top P&C insurers in Canada – collaborate with Équité’s analytics and investigation teams to detect and prevent insurance fraud and crime across the industry. Add that with our deep partnerships with local police agencies, port authorities, and regulatory bodies, we’re well positioned to eradicate insurance crime. 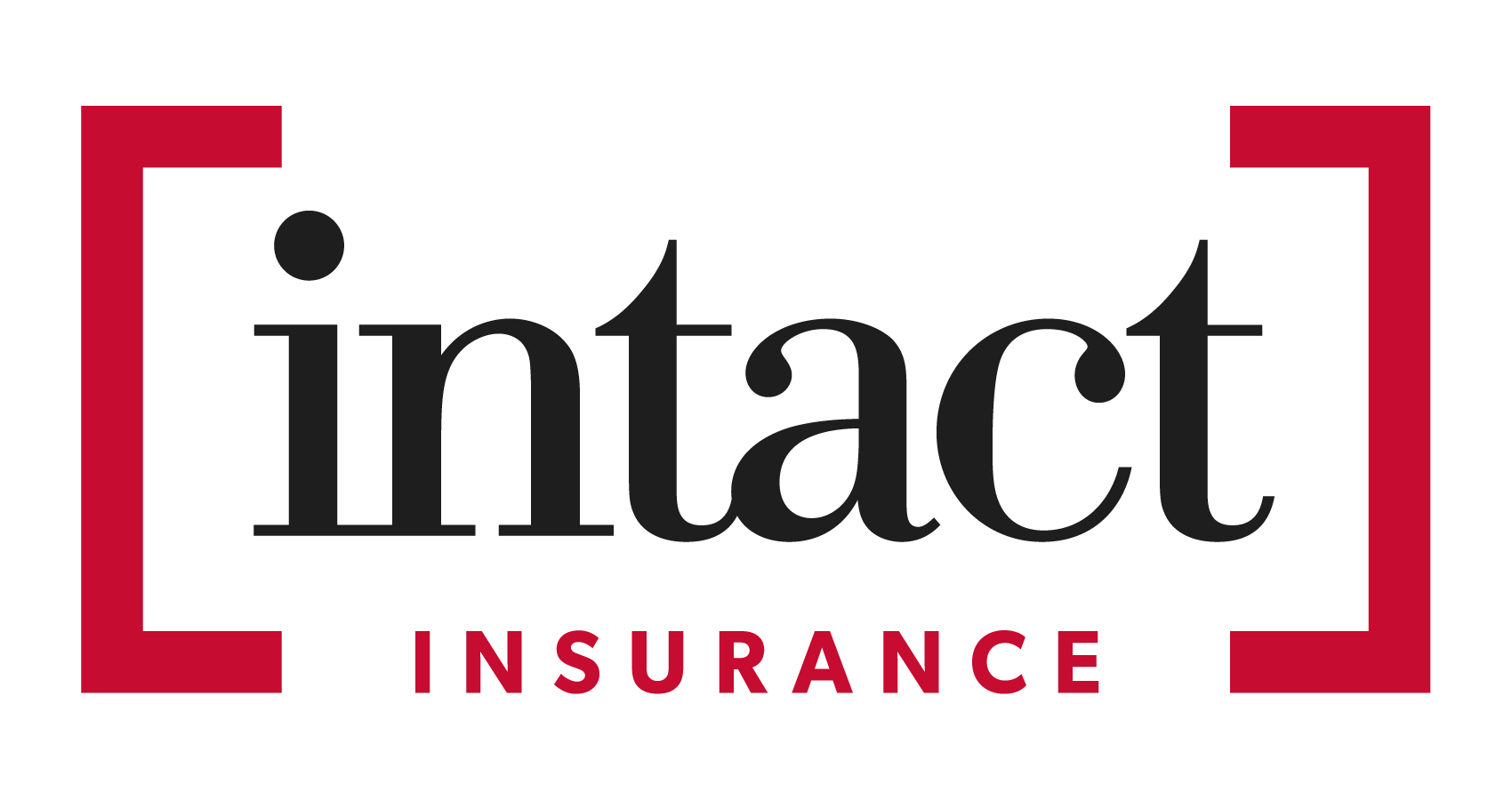 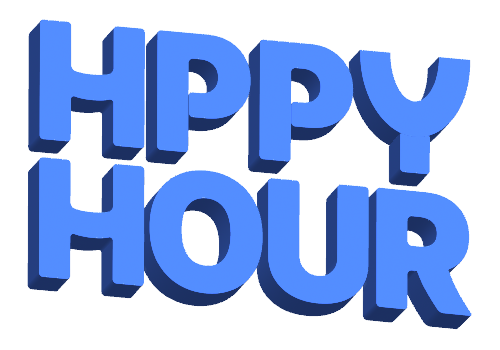 Info-Crime (also known as "CrimeStoppers") is a community program. Since 1987, it has been rewarding people who provide information on criminal activities on an anonymous and confidential basis. Info-Crime also supports a number of prevention programs of the Montreal Police Department and other organizations.

How does Info-Crime Montréal contribute to the fight against fraud?

The information they receive from the public allows them to conduct new investigations or to progress faster on investigations already underway. They participate in prevention programs that educate and reassure the public.

They partner with the Montreal Police Department in the fight against crime to crack down on developing crimes, and in some cases, avoid significant losses to citizens and insurers. This also helps the police put criminals behind bars.

2021 was a record year with an increase of over 82% in reporting, compared to the previous year with 10,624 interactions with citizens. Info-Crime Montréal are also proud to have contributed more than $50,000 to various prevention projects, small and large, most of which were developed by the Montreal Police Department. For example, EMIC, E=MC2, Catalyst Project, Rebondi, and United without Violence.

Who is Insurance Bureau of Canada (IBC)?

How does IBC contribute to the fight against fraud?

IBC saw various successes in 2021. A file of particular importance to addressing abuse of the system and protecting consumers was towing and storage (T&S) file in Ontario. IBC had been championing regulatory harmonization of Ontario’s T&S industry for many years. In the spring of 2021, the Towing and Storage Safety and Enforcement Act (TSSEA) was introduced and received Royal Assent on June 3, 2021. The TSSEA will eventually create a provincial oversight framework for the towing and storage sector, including a licensing regime to operate in Ontario. IBC is a key stakeholder consulting with government on the implementation of the TSSEA, both as a member of the province’s Towing Technical Advisory Group and by responding to proposed regulations as they are posted. IBC also advocated to expand the scope of the province’s Tow Zone Pilot to include private passenger vehicles and continues to engage with the Ministry of Transport to refine and improve the pilot. 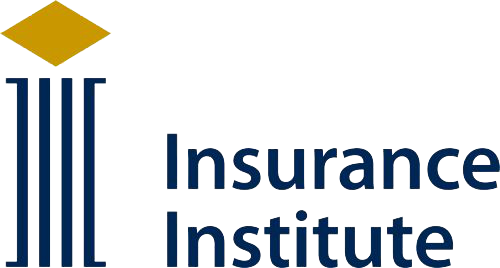 Who is The Insurance Institute of Canada?

The Insurance Institute of Canada is the premier professional education body for the property and casualty insurance industry. Its membership of over 40,000 includes over 18,000 active students in its formal programs.

How does The Insurance Institute of Canada contribute to the fight against fraud?

As part of our Chartered Insurance Professional (CIP) designation program, we provide fraud prevention education, namely our C39 Fraud Awareness and Prevention course. CIPs help maintain the high standards of the industry and can be found in many industry roles including brokers, underwriters and claims adjusters. They work to provide a better insurance experience for Canadians who depend on quality insurance service.

The C39 Fraud Awareness and Prevention course approaches the topic of fraud as it relates to the insurance industry. This course helps students understand an interesting and crucial part of insurance, which is the prevalence of fraud. The study of insurance fraud is important for all insurance professionals as it cuts to the heart of what is fundamental in the insurance contract—conducting business with utmost good faith.

Some of the highlights of the Fraud Awareness and Prevention course include fraud management at the point of sale, after a policy has been issued, and during a claim. Topics also cover strategies of protection, detection, investigation and deterrence. 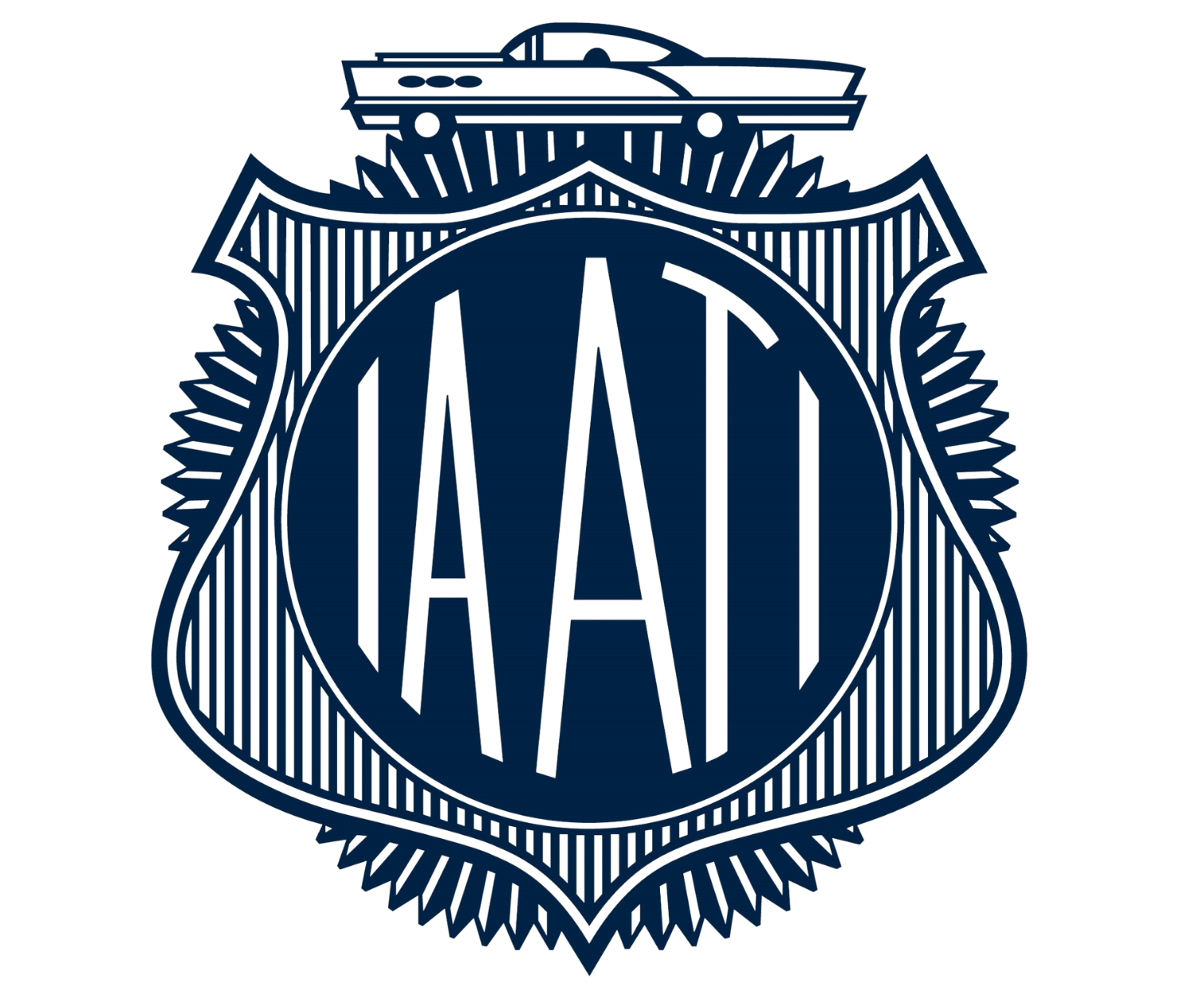 IAATI is a not-for-profit Association formed in 1952 to improve communication and coordination, among the growing family of professional vehicle crime investigators. It has become recognized as the peak industry body with members in 58 countries. IAATI recognizes that their most effective weapon to combat the vehicle crimes is cooperation. IAATI has actively pursued this by providing its members with an array of experiences, training and resources in areas such as technical developments, trends, intelligence information and investigative assistance. IAATI is dedicated to developing and encouraging the highest professional standards of conduct among auto theft investigators, while providing an infrastructure for those dedicated individuals to broaden their knowledge and develop the crucial business networks with local and international colleagues.

How does IAATI contribute to the fight against fraud

IAATI also serves as a central source of information and advice to government and industry agencies, links to various industry workgroups and industries. IAATI members are able to participate in any of their training and education events anywhere throughout the world.

IAATI works with industry groups to help develop and modify standards, support legislation development, training for investigators and prosecutors, development of industry checklist/best practice guides, etc. For example, IAATI has partnered with the International Association of Financial Crime Investigators to develop guides and checklist for Auto Dealers covering Fraud Prevention and Awareness; INTERPOL to provide training around the world; support to US and Canadian authorities to review and update ULC/CAN S-338-98 Standard.

They also work closely with many industry groups through the following IAATI Committees:

Regular Training events and webinars – for dates see the individual chapter and branch pages on the IAATI website. Recordings of selected presentations from past training events are available on the members only section of the website.

International Network of members who are willing to provide assistance to fellow members.

What is the National Insurance Crime Bureau?

How does NICB contribute to the fight against fraud?

Formed in 1912, the NICB leads a united effort to combat and prevent insurance crime through intelligence-driven operations. Its nearly 400 employees work with law enforcement agencies, technology experts, government officials, prosecutors, international crime-fighting organizations, and the public to lead a united effort to prevent and combat insurance fraud and crime.

NICB has a multitude of services and products across all divisions but Learning and Development is a foundation for NICB. They develop standardized training curriculum — the gold standard in the insurance field — for entry-level to advanced analysts and investigators that keep pace with emerging threats and industry needs.

NICB has worked several high-profile cases over the years, including the 1993 World Trade Center Bombing, the 1995 Oklahoma City Bombing, and the September 11, 2001, attacks. Most recently, NICB assisted with the Nashville Christmas Bombing.

On Christmas morning in 2020, a bomb exploded at 6:30 a.m. on Nashville’s historic Second Avenue. An RV had been loaded with explosives and parked in front of an AT&T switch facility. The RV owner, identified as 63 year-old Anthony Quinn Warner, used a computerized female voice over a loudspeaker warning people to evacuate the area. Warner was the only person killed in the blast, although the bomb damaged 65 buildings and displaced dozens of businesses and residents nearby.

NICB immediately reached out to its partners in the Metro Nashville Police Department, Tennessee Highway Patrol, and the FBI to offer assistance. Later that day, the FBI called NICB for help identifying the RV. NICB agents provided analysis and advice to the FBI, as well as recommendations for the investigation at the scene in terms of identifying and prioritizing what vehicle parts were critical to recover. Investigators found several parts with casting or part numbers and sent photos to NICB. NICB agents were then able to narrow down possible casting numbers on the engine block and transmission to a few Ford-model RVs. Authorities ultimately identified the vehicle through information provided by NICB. The FBI determined that Warner acted alone with the intention to kill himself and the bombing was not terrorist-related.

For more information about NICB and its benefits and services, go to www.nicb.org. NICB’s annual Vehicle Identification Manuals are available to Canadian law enforcement for up to50 free copies of a given title year (shipping not included).

Who are Shift Technology?

How does Shift Technology contribute to the fight against fraud?

In August of 2021, Economical Insurance, a leading property and casualty insurer in Canada, selected Shift Claims Fraud Detection to help it better spot potentially suspicious claims in its Personal and Commercial Auto and Property lines of business. Believing strongly that fraudulent claims have a negative impact on all policyholders, Economical was looking for an automated solution that could build on their existing AI tools, integrate third party data and reduce reliance on manual processes to help in their ongoing efforts to ensure legitimate claims are settled as quickly, accurately, and fairly as possible. To help achieve this goal, the insurer turned to Shift.